In 2016, the Kumamoto prefecture was devastated by a series of high-magnitude earthquakes. At least fifty people lost their lives in the disaster, thousands were injured, and homes and key infrastructure were destroyed. I’ve lived my life in privilege, and cannot fathom at all what that must be like – to have your block decimated by landslides, left without a water supply. Four years later, the prefecture is still rebuilding, and the local government commissioned this wonderful little anime’s production, because there’s something special in the humanity of a crisis. 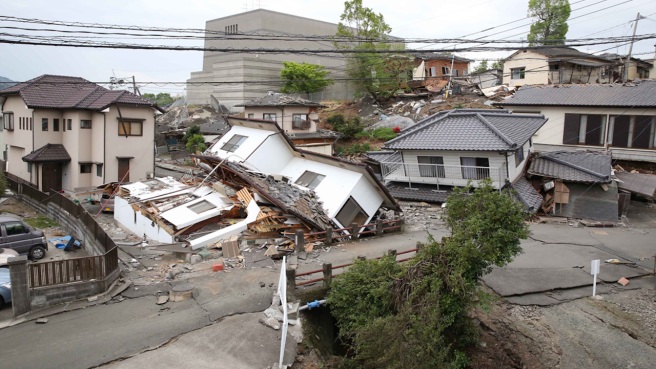 Natsuna is an estranged university student in Tokyo. She has survived her social isolation through the internet in a cute chatroom game, where little avatars can paint images and hang out in created worlds. Her online friend, Itsuki, showed her how fun this can be, and the pair were close – until the disaster happened, and Itsuki did not show up online for some time. When Itsuki returns online once more, the game’s service is rescinded! Natsuna takes it upon herself to find out just what happened to her closest friend, and the series dwells on the meaning of the connections we make.

Be honest with yourself: none of the relationships you hold dear are perfect. Coincidences aligned, and you found something special in somebody else, but in reality it could have been anybody – but it wasn’t. Natsuna’s journey is lined with these chance encounters, as she chats with affected people in the Kumamoto area who have been relocated, had their businesses uprooted and had their school lives shook, and finds the humanitarian continuation in the crisis powerful. She, too, must find the bravery to carry on, because Natsunagu shows that we all have stories to tell and Natsuna will be damned if her’s doesn’t end with a happy ending. 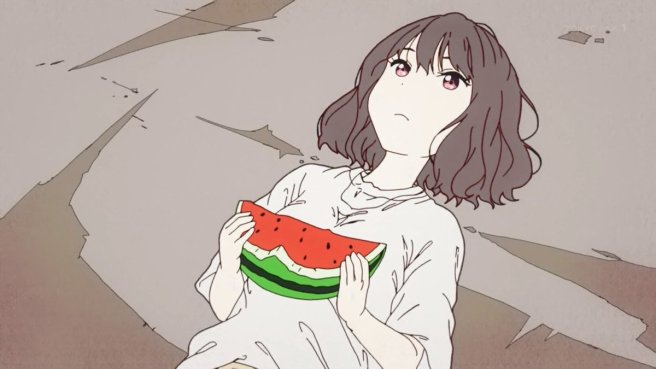 Izumi is an energetic school girl that Natsuna meets, and is one of the key figures on her journey. She initially hangs out with her, before realising just how crazy the world is, and how difficult her quest is. Through chance, the pair find clues gradually leading to Itsuki, but the adventure charms throughout. There’s so much wonder, despite how static the animation can feel and how the art can wonder through its sweet colour palette with some off-model forms. Natsunagu! tells Natsuna’s story, and bleeds into the stories of others and shows that the world will keep on going in so many intricate ways. It’s powerful.

But it’s also so darn short. With 2 minute episodes, the show can only window-dress. While it is touching, and the final is a tearjerker of inspiration, it feels like there’s still so much story to tell. More journeys. More sights to see. More neighbourhood graveyards to walk past. The show didn’t indulge in melodrama once, and it receives a high tonal praise, but its content is lacking in substance. Natsuna’s adventure touches the heart, but doesn’t have the depth to stay there. 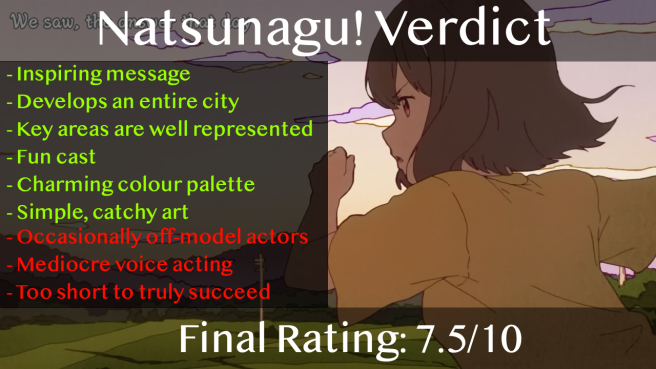