It’s definitely not been an easy ride throughout ID:Invaded so far, but the ongoing narrative has been on the backburner. The Mizuhanome operating crew have been on the backfoot since the series began, pedalling as hard as they can, scouring for clues to unravel the John Walker case. In the previous episode, the group finally have a lead – and it’s taking them straight back to the series’ first Brilliant Detective, the Anti-Hero, Narihisago.

ID:Invaded is still a show wrapped in mystery, but the mysteries are unravelling parallel to the plot’s movement. We’ve been gradually uncovering just what happened to Narihisago, while also seeing the monster he’s become. With the power of words alone, he can move criminals to suicide, and now we finally fully understand why he’s descended from an amicable cop and a friend of Momoki: he went outside of the law to murder his daughter’s murderer, The Challenger. Of course, we knew this in Episode 2, but a curious silage has been traced around the case, with more questions being raised as we saw Narihisago’s internalised view of his daughter’s splattered guts such that we couldn’t rule out the element of ‘unreliable narration’.

As we learned the truth behind the case, Narihisago’s blunt trigger pulls were cathartic. Bang. Bang. Bang. Bang. Bang. He didn’t confront the murderer. Simply, on sight, cold murder. We’ve learned a lot about Sakaido’s sense of justice throughout, and seeing him become Judge, Jury and Executioner too puts the show into a moral grey area. It helps, too, that this is directed through the deduction of veteran field cop, Matsuoka’s eyes. 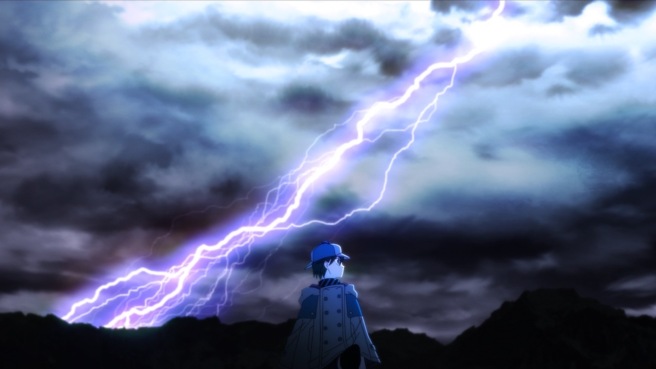 Which brings us back to our other murderer, Hondomachi. I’m still not onboard with her cutesy design or M.A.O.’s at-times juvenile performance, but the character has me sold: she gets a little too into the crimes, doesn’t she? With all of the noir stylings and sci-fi discussions, I’ve seen some analysts suggest there is a ‘deconstructing’ element to ID:Invaded; her action-cop narrative, thus far the show’s major testosterone bursts, is challenged on a level of safety, and this really does bring a lot of weight to ID:Invaded’s meta context (even if the rather clumsily choreographed shoot-out in episode 6 does not). With the surprising betrayal from Matsuouka, Hondomachi has been ‘promoted’ into a Brilliant Detective, and the Mizuhanome crew can finally dig deeper into the John Walker case: it’s time to analyse The Challenger and Narihisago’s id wells and get some answers.

For those that missed one of the show’s few true exposition dumps, it was explained to Hondomachi after having her head drilled in that there are some rules to the id wells. One cannot enter their own id well or become conscious of their human form outside of the id well, because they will be swallowed whole. I suppose this means that they would become some sort of a vegetative state in the real world, being unable to leave the id well. Because of this crucial rule, detectives have their memories blocked upon entry. We can assume Narihisago did not enter The Challenger in case he became aware, and it is obvious why he did not enter his own. We do not actually see Hondomachi enter The Challenger’s well, but we do quickly see the result.

The Challenger had cameras in his ‘arena’ that were similar to those found in The Gravediggers, and the suspicion is correct: both were influenced by John Walker. The case goes back many years, then, and is potentially linked to Narihisago.

The id well design is ID:Invaded’s greatest strength, and every scene in the real world can distract from these scenes of unending metaphor. Narihisago’s well is rather tragic, where numbered boxes are randomly being struck by lightning. It feels like some sort of an internalised excuse for Narihisago, as he uses ‘lightning doesn’t strike twice’ to try and shake off the feeling that ‘it only ever rains on me’ – but Hondomachi realises that lightning strikes every 9 seconds in this world. She meets briefly with Narihisago’s daughter (the aforementioned Challenger victim) and his wife (a suicide victim), and shocks the Mizuhanome crew with her bluntness, but surprises them with her deductive skill. It’s so rewarding to see her grow from a rookie into a cold but Brilliant detective across the series, even if much of her allotted time is time I’d rather spend analysing id wells with Sakaido. 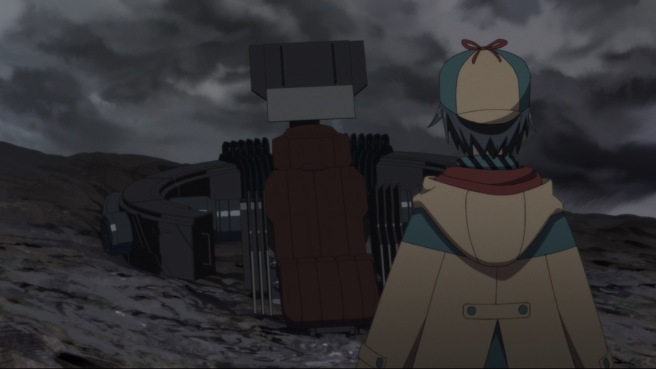 It seemed like we were rocketing towards some answers as Hondomachi finds a cockpit within Narihisago’s well, identical to those that allow pilots to enter id wells – the final clue of the episode is learning that id wells exist in real time with their owner. Before we can cry ‘Inception!’ and dive within a dive, Momoki is framed as John Walker and the operation is suspended. Sadly, the finale of the episode moves almost to clumsy territory, as we never learn whether Hondomachi entered the second well, or how she got out; instead, the episode finishes with Tougou, the new director of operations, explaining to Narihisago that one of his few sympathisers has been incarcerated, and the evidence is so obviously planted.

Once again, the devilish ID:Invaded twirls its moustache, holds its cards against its chest and shows it knows how to lead a detective procedural with tension. We’ve been given consistent, regular flashes of the true story beneath. Is John Walker a systematic creation of id wells? I want to know the answer to this more than any other, and that’s a testament to ID:Incaded gradually funnelling all its clues, all its narratives and all its meta ideas into a pointed, cohesive direction. It’s time for some answers.