And here, in its fifth and final season, Symphogear comes to a close. The franchise has accumulated north of 60 episodes of lore, gradually becoming more and more self-reliant for plot-points and continuing developments. Can Symphogear neatly, tidily put itself it to bed? I wasn’t so sure the series could do that without changing up the formula, but the folks at studio Satelight are of rather contradictory thinking. If it ain’t broken, why fix it? 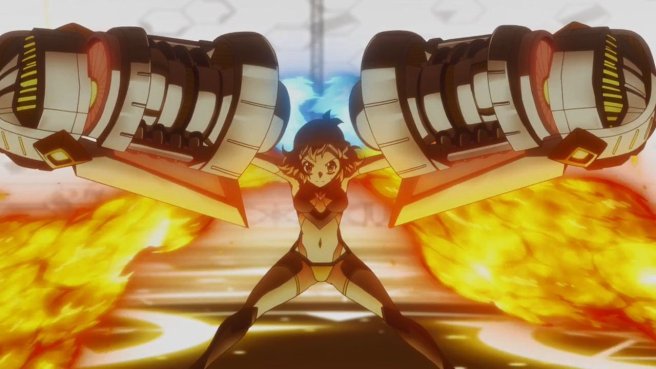 It might seem like Symphogear is reverting to its darker roots within the first few episodes, as the most dramatic and darkest series of events takes place. Despite some named character deaths, this isn’t really more than a hook, and is poorly developed and reflected upon throughout the series – this is, then, another series in the vein of the past couple. We need a catalyst for action and we’re going to get it. The new villains, Noble Red, might seem more despicable than ever before as the series tries to capture what it means to be a ‘monster’ or ‘human’, but they’re barely more than a skin-change on AXZ’s Bavarian Illuminati.

The theme is the same as every season prior – using big stakes to reiterate the importance of communication and using Hibike’s unwavering faith in humanity to broker conversations with the bad guys. Thankfully, Hibike doesn’t  get sidelined as much as before, but there’s still some rather pathetic drama to force her idealogical reevaluation one final time. Rather blunt foreshadowing tells us in Episode 1 that Miku is going to become the bad guy, but, as per usual, the franchise refuses to commit to this via anything other than manipulation. It’s weak drama, and Hibike only overcomes the difficulties due to an exchange with her father that has no significant basis or particular resonance. 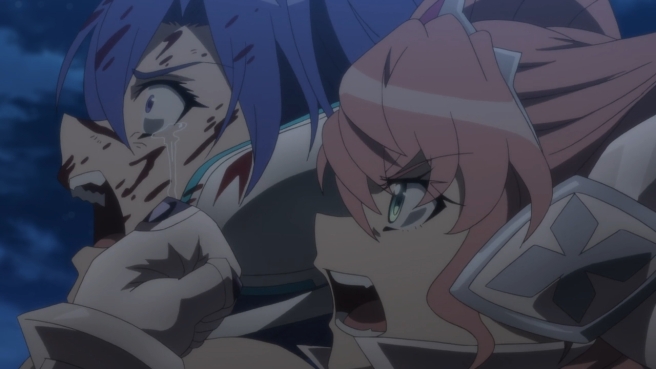 Much like Tsubasa’s arc, because the franchise constantly mirrors itself (for good or bad). More manipulation, and once again forced through mind control. There’s quite the major confrontation in the mid-season that brings her arc to a conclusion, but because she wasn’t in control of her actions, there’s no real purpose to it. Tsubasa’s first arc in forever, and she doesn’t get to bring up all her past trauma – though we do get 1 nice shot of Kanade near the end.

I was hoping that the series would rely on its dramatic arcs from Season 1 and G to have a meaningful heart-to-heart between Noble Red and former bad-guys, Chris, Maria, Shirabe and Kirika. While I’m glad there was at least some redemption – because it would be a horrible message to accept the self-destructive acts of the villains – but it doesn’t feel earned or particularly reasonable. Instead, the series uses all of its prior material to make its story difficult to follow and to fumble about with redundant character writing. 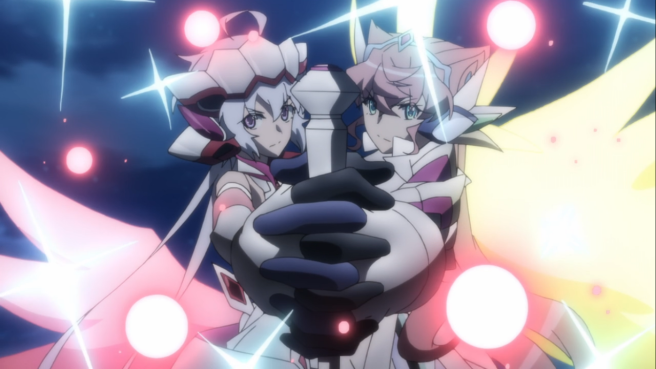 Still, this is another season of Symphogear, and that means doubling down on the things it’s always been good at. Music, action, and looking damn cool. Many of its fight scenes are completely pointless, but they give more and more reasons for songs, and they look great, so who cares? I’ve long since reconciled with the fact that Symphogear no longer cares for compelling drama as long as it can entertain on a superficial level – and this season certainly does. The animation has managed to become even more jaw-dropping, too, with stock-footage transformation sequences becoming some of the most impressive animation on TV and battle sequences quite the spectacle.

But that’s Symphogear, right? It’s been a while since it’s tried anything above popcorn fuel. But it’s the final season and it has to do something to really make me reflect well on the series. It needs a big, big finale, right? Well, sadly, it only offers more redundant padding, and no attempt at an epilogue to setup the character’s futures. While there’s some clips of prior seasons playing during the final Symphogear credits ever, there’s no nostalgia to pray upon. We’re not rewarded for our hardwork getting here, and can’t pat the makers on the back for a good journey. It’s just another season of Symphogear – but there won’t be more. The shelf life period then, much like Kirika said about reason in AXZ, is 0. 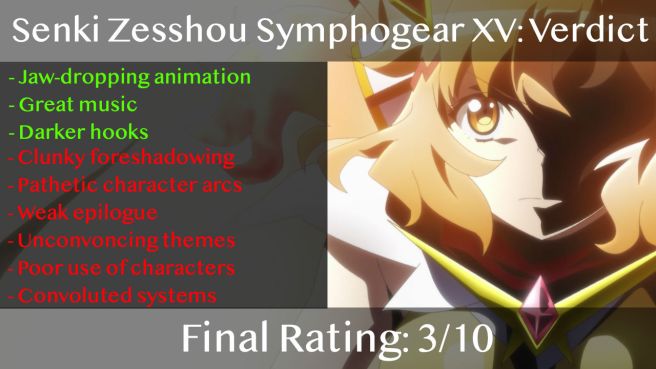