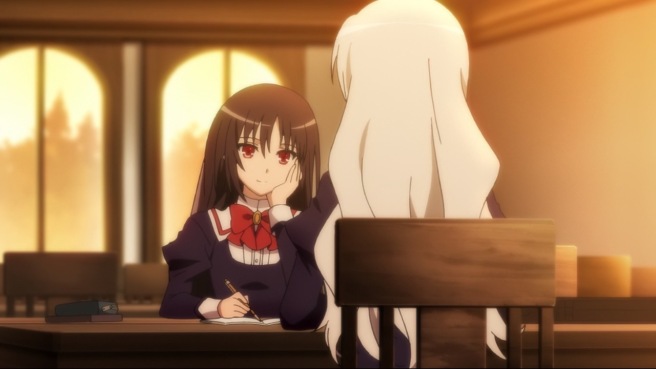 I’ve always had a bit of a soft spot for parodies of ‘Class S’, laconic girls love stories. Japanese Catholic all-girls schools have always bred tales of very close friendships that skirt the line between nervously romantic and sensually platonic, which is where parodies like Strawberry Panic come in to ramp up the sexuality to 10 and paint over the hyper teenage melodrama with a rambunctious sense of humour. Otome wa Boki ni Koishiteru was one of these shows, throwing a cheaply-excused crossdressing male into the midst to throw everything off and the shenanigans in the air. Otome wa Boki ni Koishiteru: Futari no Elder (henceforth, OtoBoku2) is similar in its ideas, but also very different, and far more deeply searching. 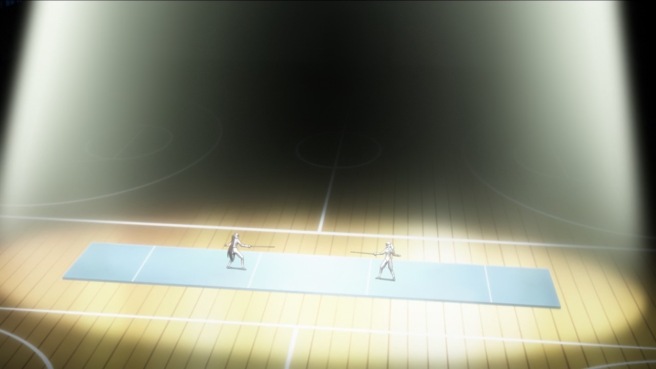 Barring a ten second misstep before the ad-break in the first episode, the ecchi content has been entirely stripped. Moreover, the crossdressing misunderstanding comedy is completely gone. OtoBoku2 takes a decidedly serious tone, melodramaticising the little things, even Chihaya’s gender identity, in the true Class S fashion. Adolescence for these girls (and Chihaya, but we’ll get there in a minute) is so bright and colourful off of the back of how stressful it is. It’s cathartic! With a particularly strong 2nd episode, featuring Kaoroku’s troubled backstory and healing, OtoBoku2 is a surprisingly well written affair. 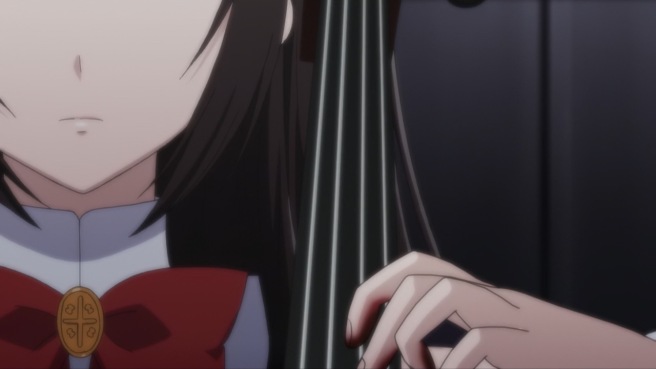 And that extends, mostly, to its protagonist, Chihaya. Chihaya is, even more than previous Otome wa Boku protagonist Mizuho, identifying as non-male or female. Their backstory is revealed through excellently crafted cinematic devices moreso than dialogue – which sadly means I can’t quite call OtoBoku2 a true trans narrative, but it certainly feels like one. Chihaya’s self sacrificial character is tested as they grow across the series, and the person they end up is very fitting… if, perhaps, a little low on development due to the show’s short runtime. 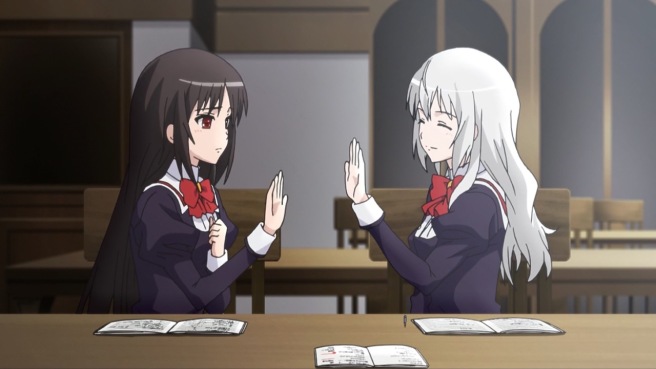 That is because, primarily, OtoBoku2 is a romance. Despite being a visual novel adaption, there’s no allusions to other paths; we stick solely to the Kaoroku route. Because of that, OtoBoku2 is actually an extremely strong romance. All the little moments between the two, as they deal with the many daily dramas, allude to a gradual closening. The romantic climax is one of the most beautifully filmed (albeit a little cheesy) confessions I’ve seen in quite some time, too. 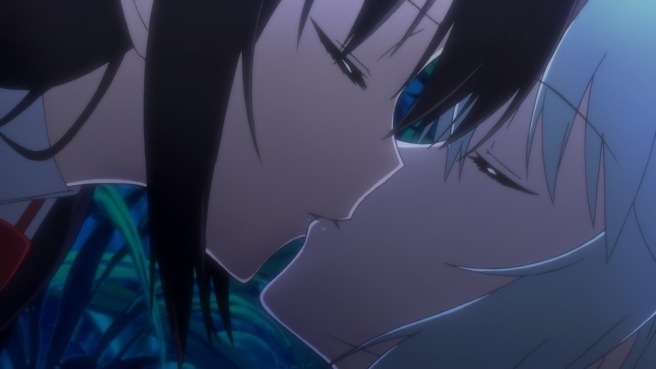 OtoBoku2 is short on development due to its small runtime, perhaps, but I think there was just enough content and visual storytelling here to give the required depth to let that romance blossom so beautifully. I fervently wish for more, but this is a wonderful little anime. 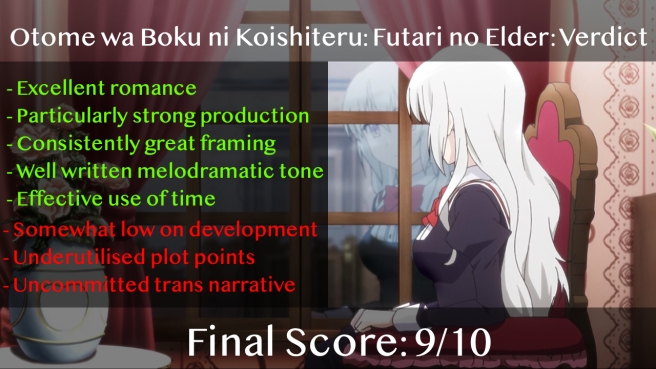 Note: there are significant improvements in art quality in the Blu Ray versions. These versions are highly advised if available.

I should probably make a personal amendment and say that the initial review was written as a gut reaction after I was utterly captivated for its brief hour and half – but that was, interestingly, my second viewing. My first viewing was an unsureness in its runtime, and being upset that it was over before it started. Well, it’s been an interesting three months since I’ve reviewed this anime. I have fallen in love, ever so slowly, with OtoBoku2, and now find it amongst my most favourite anime. 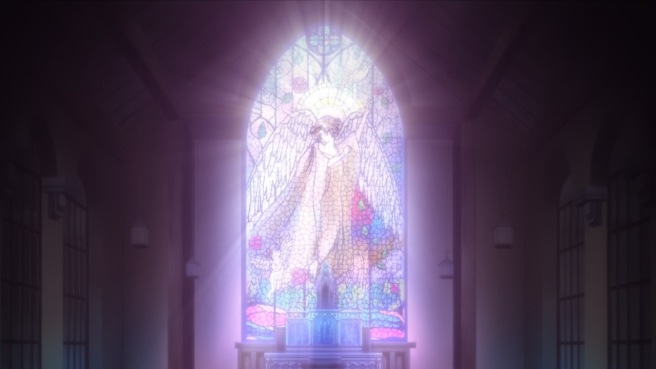 Now, that in itself presents a bias, such that I feel unable to rate this anime accordingly. Writing reviews for things that I have an inexplainable affection for is not my style, and it takes me great lengths to try to cut the pointless personal gushing from reviews. I’m not going to be writing a re-review of this lovely anime, as I’m still rather happy with my original piece, but I am ever so slightly raising the score. 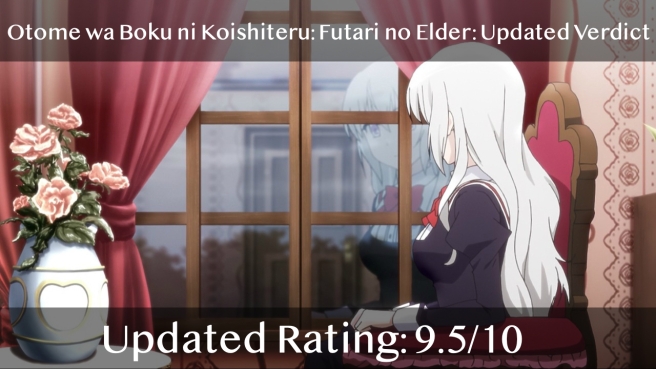