Jigoku Shoujo Futakomori is a sequel to Jigoku Shoujo, however, its stand-alone nature means that it can be watched entirely alone. I wouldn’t recommend that, though. I will eventually review season 1, hopefully, but for now, this review is spoiler-free.

In many ways, Jigoku Shujo Futakomori follows a similar structure to its first season. The lion’s share of the series is episodic, whereby we’re given a brief glimpse into the lives of people that hate somebody enough to go to the website, Hotline to Hell, enter their targets name, Hell Girl/Enma Ai appears, gives them a straw doll, tellsthem if they pull it, their target will instantly be banished to hell but in exchange, they will go to hell when they die – repeat. In the first season, the story gradually built up around the moral dilemma if it is right to banish somebody to hell in exchange for your own, and you quickly found yourself rooting for the characters to find a way out of their suffering in any other way that they could find – until, tragically, there were none. Season 2 is something of a departure, then, but also more of the same. 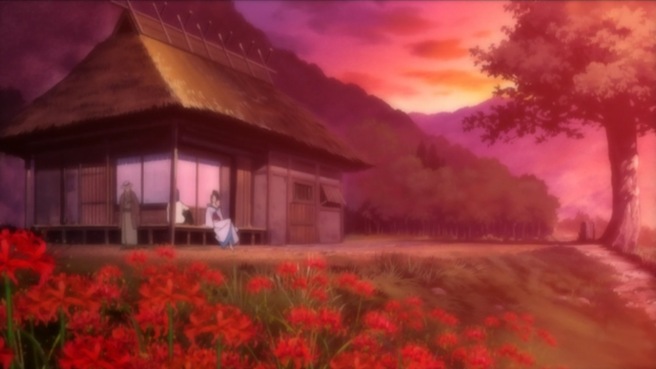 The first season’s fairly similar episodic ideas could be accused of of being too formulaic, and season 2 quite drastically addresses that – these episodics have a very broad outlook, looking more specifically at human society and where hatred broods. Several of the episodes even discuss difficult romances and strained family relationships, making the moral dilemma even more complex. To further distinguish the formula, the mystery aspect is expanded upon, such that many episodes surprise you with who the contractor in fact is or for what reason they are banishing somebody. It really keeps you on your toes as your expectations are played with. One of my favourite parts about season 1 was the ‘banishment’ scenes, whereby Hell Girl gives the bullies and antagonists a real taste of their own medicine, but Futakomori’s banishment scenes are very brief and feel like a step down in the justice porn and creep factor.

The tradeoff makes sense, as time is allotted elsewhere to the extended cast. Enma Ai’s lackeys are all gradually built up into full characters, showing them take an interest in very specific cases and we’re even getting drips of their backstory. The series further uses these opportunities to delve into the supernatural underpinnings of Jigoku Shoujo. The series, and franchise, feels a lot more tangible with these additions, and makes the finale very impressive.

Season 1 gradually built a story of Hajime’s race against Jigkou Shoujo’s contracts and going through Enma Ai’s personal backstory. However, season 2 takes much longer to get to the meat of its story, whereby a small society falls to pieces around the power that Enma Ai gives them. Hate runs wild in an exciting slew of episodes near Futakomori’s finale, and is contrasted against Enma Ai’s increasing weariness. There’s so many possible outcomes that the series could have ended in, yet it found twist after twist to really astonish me. As Enma Ai battles against her duty, society is questioned in brutal fashion right up until the gigantic, poignant finale.

In the production department, Futakomori is really more of the same. The OST continues to use the strong numbers from season 1, and the visual direction is still sharp but somewhat limited by the animation ability. If you enjoyed season 1, by all means Futakomori will be your cup of tea. The episodics are both an upgrade and a downgrade, but that finale is as strong as ever.